On December 26, 2016; Khmer Artisanry won the Award of Excellence for Handicraft 2016, South-East Asia Sub-Region, from the World Crafts Council (WCC) for Khmer Natural Dyed Ikat Stole. The 2016 International Panel of Experts acknowledges that our handicraft product conforms to the rigorous standards set by the four criteria in the Award of Excellence program. More specifically, this ikat stole is of very high quality, using hand-woven silk. The Jury appreciated the use of old techniques of craftsmanship combined with new designs with old motifs. 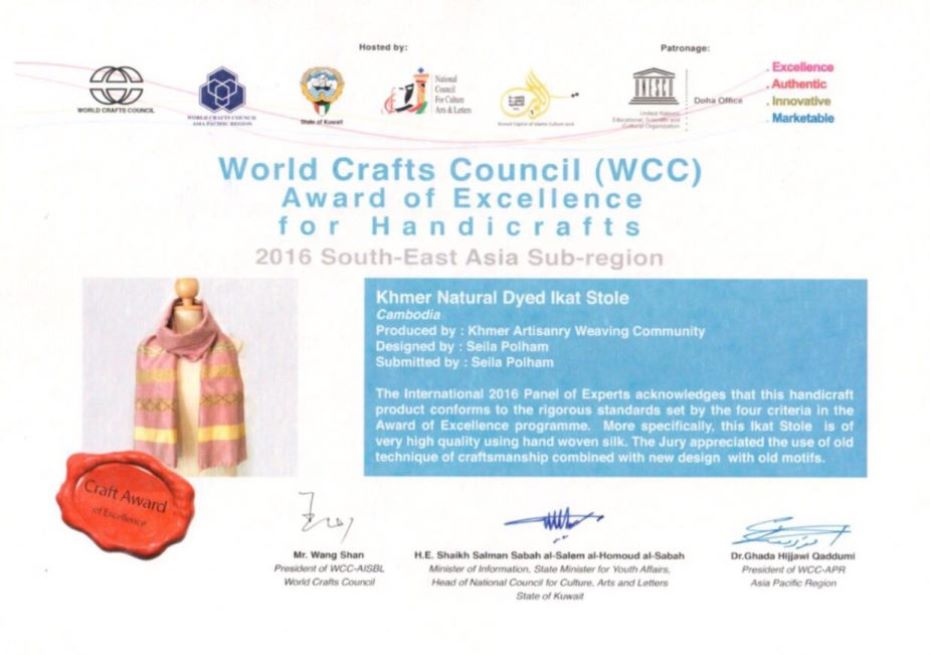 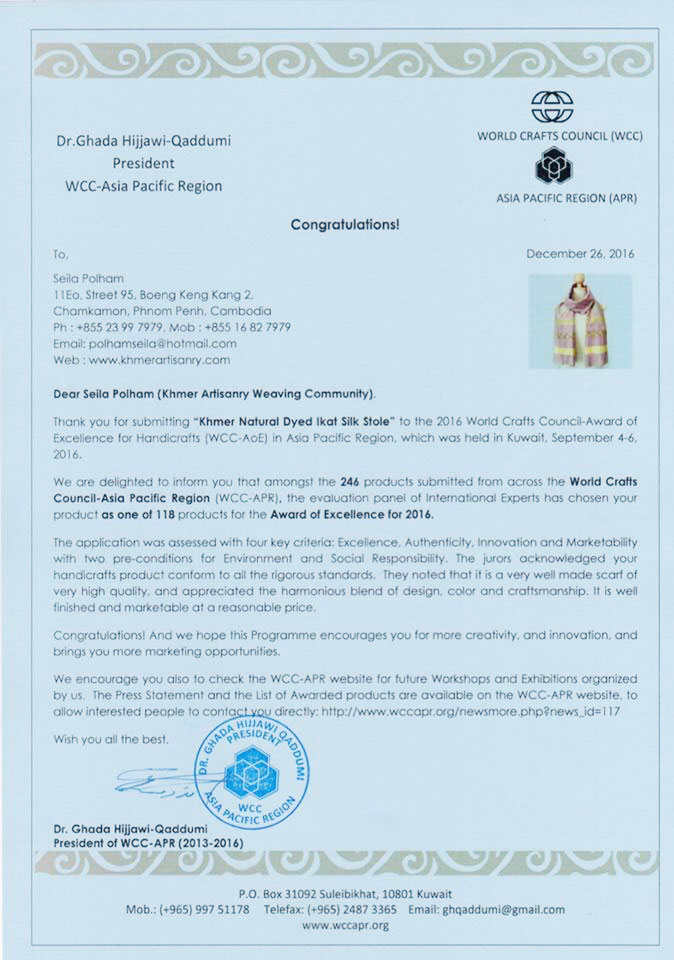 As stated in one of our objectives, bringing Khmer naturally dyed silk and cotton scarves into a wider market place is a dream of ours and now we made a step forward. 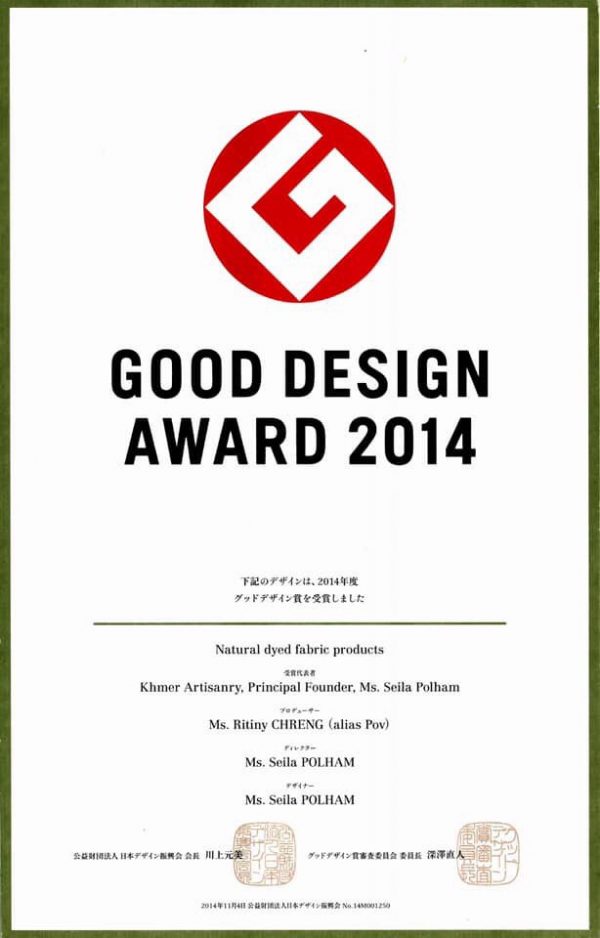 On October 1, 2014, Khmer Artisanry won the Good Design Award 2014, in Tokyo, Japan. We are so proud of our rural weaving community and being able to represent our unique Khmer traditional ikat silk products in Japan had been such an honor. Our main objectives still remain: keeping natural dyeing alive, preserving cultural pride and improving rural life. 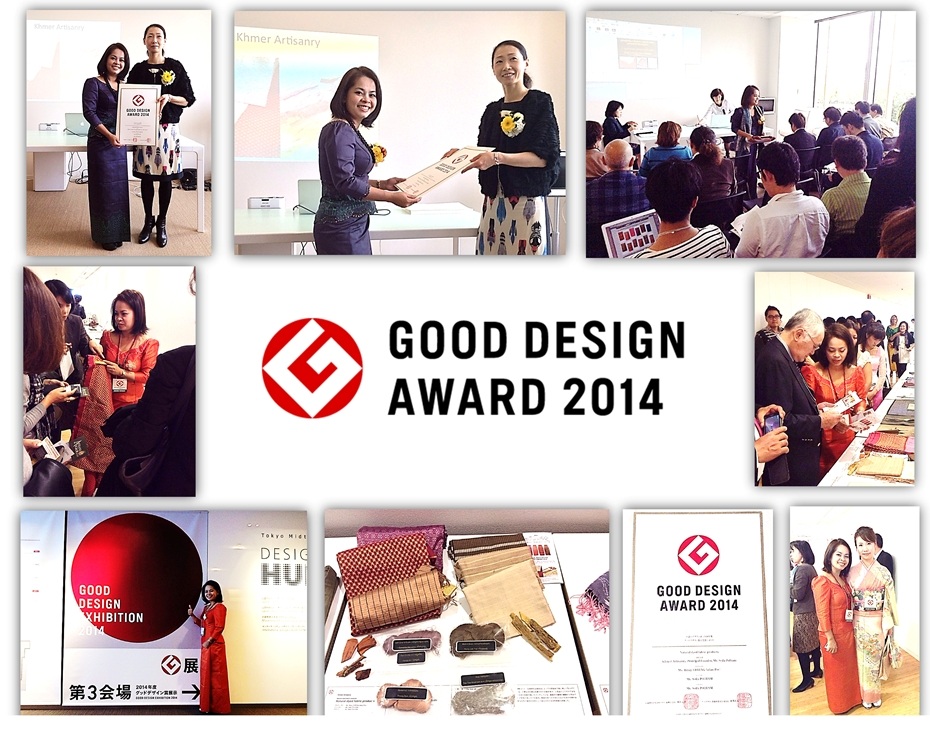 Our products are acknowledged by Japanese and Korean experts and recommended to be introduced in international markets including Japan and South Korea. We genuinely and proudly represent Cambodia wherever we’ve gone and will go.

ASEAN-JAPAN CENTRE is an ASEAN Information hub located in Shimbashi, Tokyo. Since its establishment in 1981 by the governments of ASEAN and Japan, the ASEAN Promotion Centre on Trade, Investment and Tourism (ASEAN-Japan Centre) has been promoting exports from ASEAN to Japan while revitalizing investment and tourism from Japan to ASEAN through organization of exhibitions of ASEAN products, seminars and workshops, dispatch and invitation of missions, publication and information service, among others.

By September 2011, we were selected by four Japanese experts who had been dispatched during the period of January to February, 2011; who had come to inspect our products at our shop in Cambodia before we were chosen to travel all the way to Tokyo and Osaka to display our products for potential buyers in Japan. 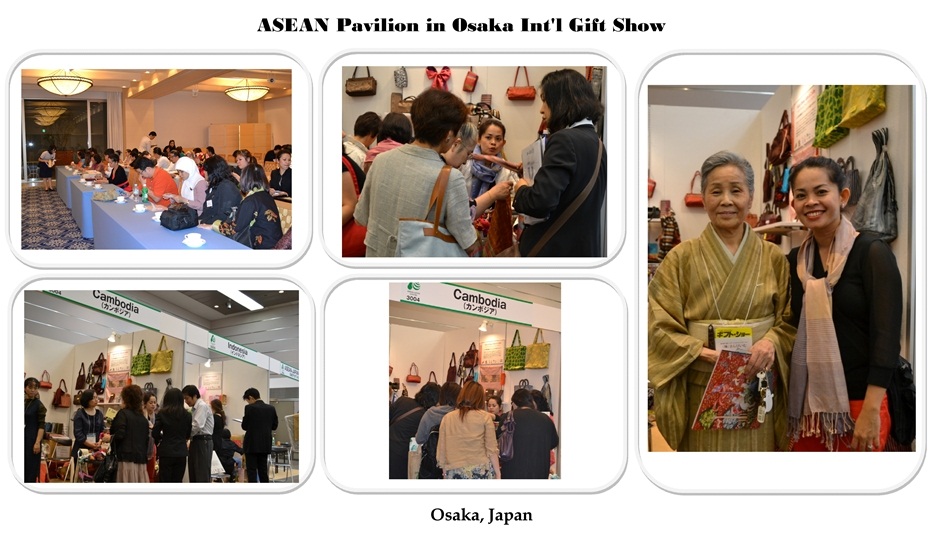 The ASEAN-Korea Centre was established as an intergovernmental organization with ten ASEAN member states and Korea as its members in March 2009, the year which marked the 20th anniversary of Dialogue Partnership between ASEAN and Korea. It was founded in accordance with the Memorandum of Understanding (MOU) signed by the foreign ministers of Korea and the 10 ASEAN member states at the 11th ASEAN-Republic of Korea (ROK) Summit in November 2007. The MOU was ratified or accepted by all member states of the centre in November 2008.

By September 2012, we were selected by four Korean experts to display our products for potential buyers at the ASEAN-Korea Centre in Seoul, South Korea. 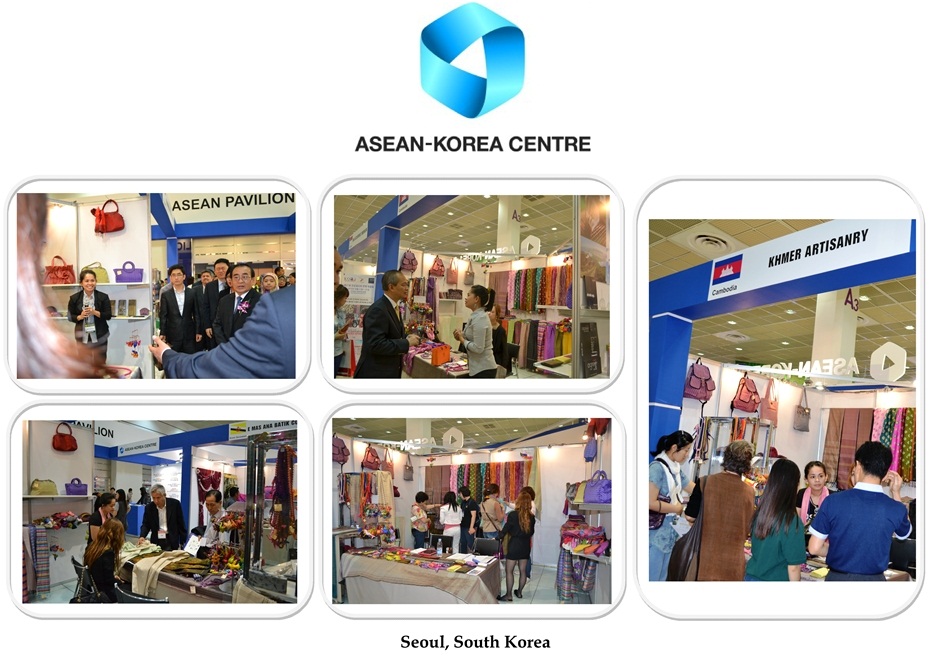 We had the chance to participate and display our products at the 2013 Lowell Folk Festival in Massachusetts, USA.